Each cigar has its own character. Each occasion for a cigar – its own story.

Each Cigar is veiled in a distinct aura and has an exceptional history. Making one cigar may require the leaves of three different kinds of tobacco leaves, grown in various corners of the world. High-quality cigars are only made by hand, and their production traditions are passed down from generation to generation. A true connoisseur may tell a lot about the size, form, strength of a cigar and the features of its taste, as well as the process of smoking itself. A cigar is not simply a tobacco product. It’s a symbol of luck, luxury and a trusted companion.

We offer the guests of our cigar room a variety of cigars and cigarillos, which may be accompanied by an exquisite assortment of drinks. Welcome to Cigar Room, welcome to the next level of pleasure.

It is said thata cigar is only as good as the memories of the sensations had while smoking it… This means that its not only the taste, strength and aroma of the cigar which are important, but also the environment where it is smoked. The latter must be exceptional – breathing with luxury, exquisiteness, comfort and charm…

It is these reasons, along with the unconditional love for the highest-quality cigars in various parts of the world, including Lithuania, that encouraged us to open the doors of the Cigar Room. It’s an environment meant for people who love cigars, enjoy the good life and seek to have an unforgettable time and dive into the world of luxury…

The rich history of cigars predestined the respect to their present

The beginnings of the history of cigars go back to the ancient times of native Americans (9th century), when the cigar was a significant part of their culture. Much later, in the 15th century this custom was brought to Europe by Christopher Columbus. Written sources briefly recount the story of how the traveler discovered the tobacco plants, which made a huge impression on him. He agreed on a trade with the Indians and brought some tobacco back to Spain. This is how the history of the oldest form of tobacco smoking – the Cigar – begins.

In the long run, the popularity of cigars rose and they spread throughout Spain, Italy, Portugal, France and other European countries… Yet the Spanish remained the leaders of this art, who, after some time, discovered Cuba and the benefits of its climate – the ideal place for growing tobacco. Having found prosperity in this market, the Spanish decided to monopolize the Cuban cigar industry, but their plan was unsuccessful – the majority of cigar producers moved to various parts of America, in search for better conditions. They managed to preserve the quality of their production uncompromised, since cuban cigars are some of the best known and loved all around the world. They are only rivaled by cigars from Honduras and the Dominican Republic.

It is worth mentioning that, throughout their history, the methods of making cigars have constantly changed, and the ones being produced nowadays are done so modernly and responsibly, while focusing on quality and picking the best materials.

It is undeniable that each cigar has its own story… It all begins with the choice of its production method – either utilising modern technologies or making the cigar by hand. The latter is highly valued and much more expensive. It is believed that the highest quality cigars are only made by hand, according to traditions passed on from generation to generation.

In other words, mass-produced cigars have much less fans than the ones thoroughly and responsibly made by hand. Because of this, the only cigars offered in cigar rooms are of the highest quality and able to please even the most selective guests.

A cigar is comprised of four main parts: the cap (which needs to be cut before smoking), the head, body and foot (which is lighted when smoking). The body is made from the wrapper leaf, binder leaf and filler.

LOften, the making of a high-quality cigar requires the leaves of three different strains of tobacco, which are grown in different corners of the world. Nevertheless, the most important part is played by the wrapper leaf, as the cigar’s taste, strength and its aroma are all dependent on it. Most often, a light wrapper leaf is chosen for making milder cigars, whereas a stronger cigar requires a darker leaf.

A good cigar is not just a tobacco product. An excellent cigar is also a symbol of luck and luxury and a trusted companion.

What should be noted when picking a cigar?

A true connoisseur can tell a lot about the choice of cigar – the significance of its size, form, strength and different properties of its taste and the smoking itself. Yet, the first step to picking a cigar is its color and size.

The color of the cigar depends on the wrapper leaf’s fermentation – the process of a dried leaf being exposed to various microbiological processes under controlled circumstances. That changes both the taste and the color of the cigar. There are seven main colors of cigars, ranging from the lightest to the darkest: Candela, Connecticut, Colorado Claro, Colorado, Colorado Maduro Maduro and Oscuro. In addition, the cigar’s shade is easy to manage – it requires the control of the duration and temperature of the wrapper’s fermentation.

When it comes to the size of the cigar, it is referred to by the term vitola. The main sizes of cigars are Parejas, which is the shape of a regular cylinder and Figurados. which includes cigars of irregular shapes. The choice is left to the guests of the cigar room

The Cigar Room is created while remembering that every cigar has their own extraordinary character and a special aura which can only be felt and uncovered by you. 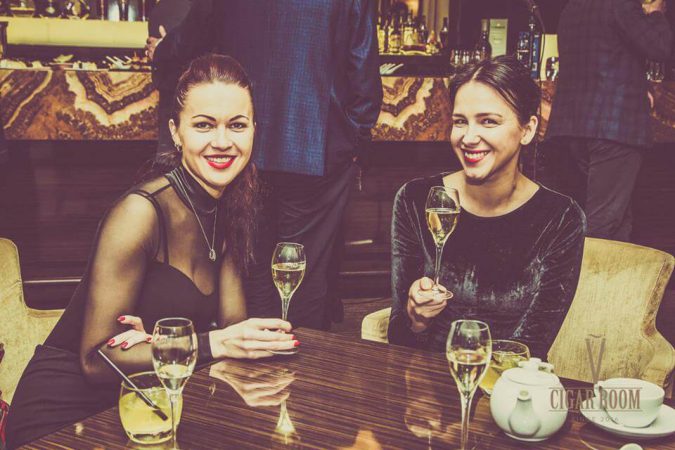 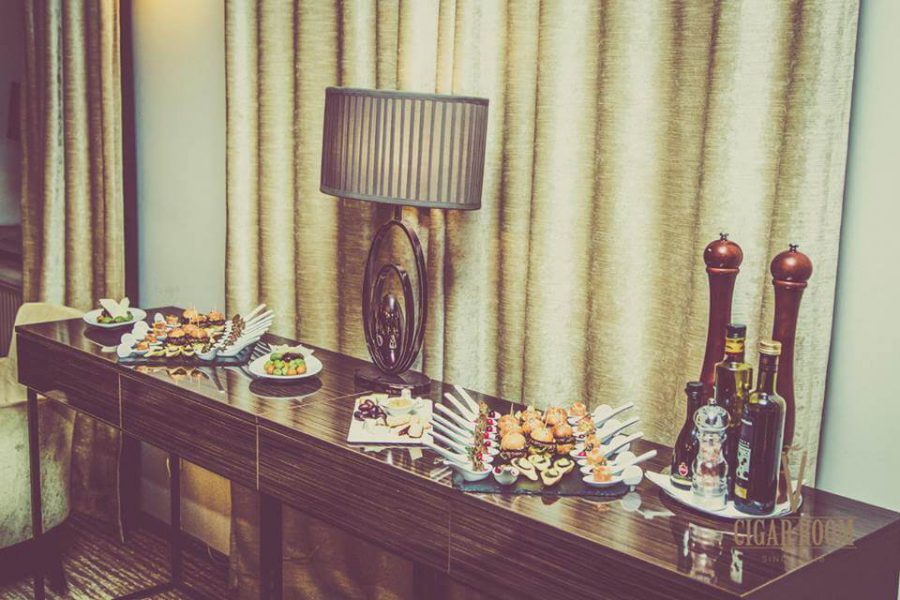 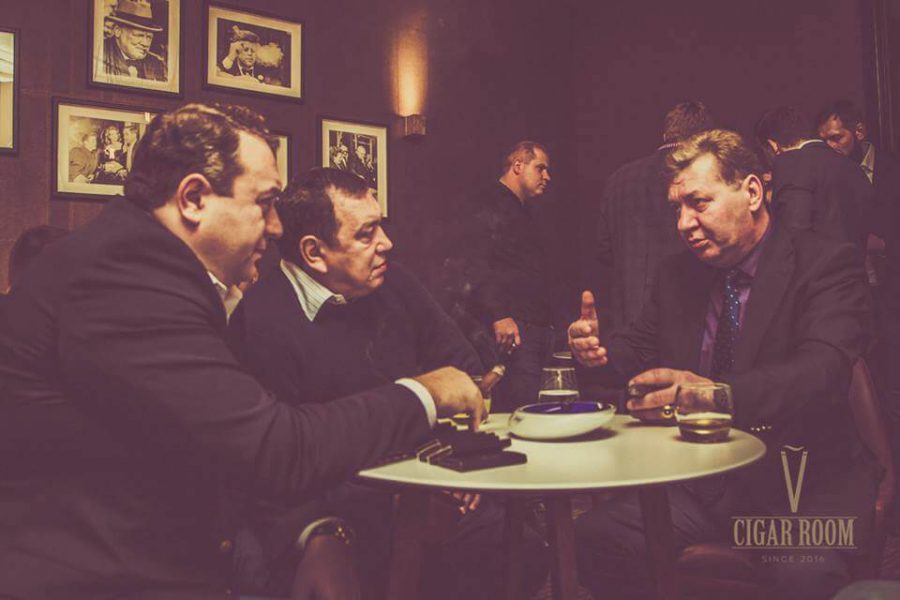 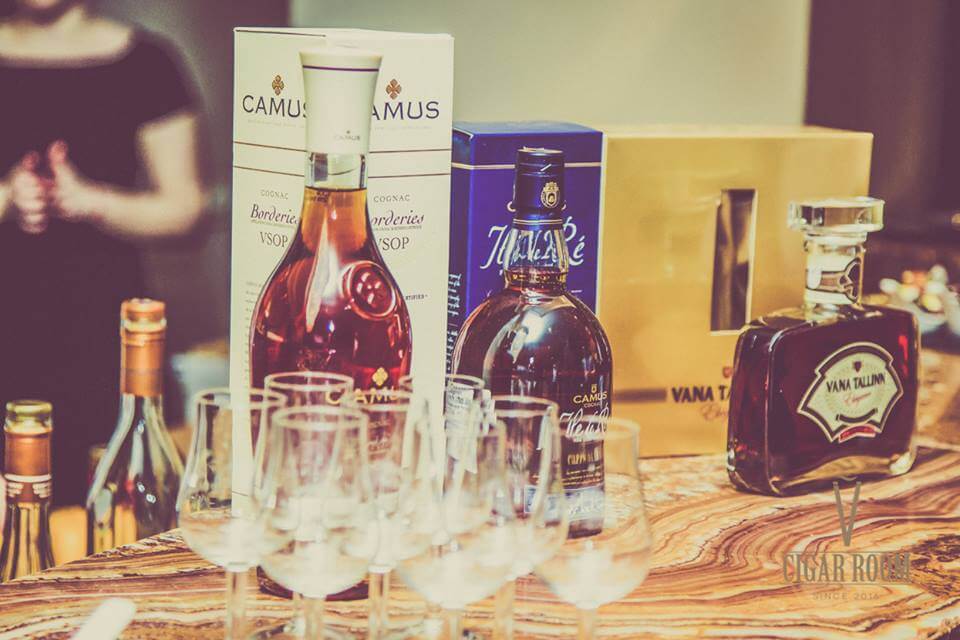 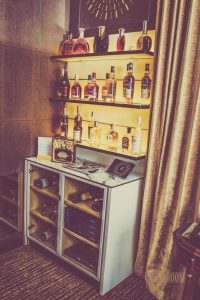 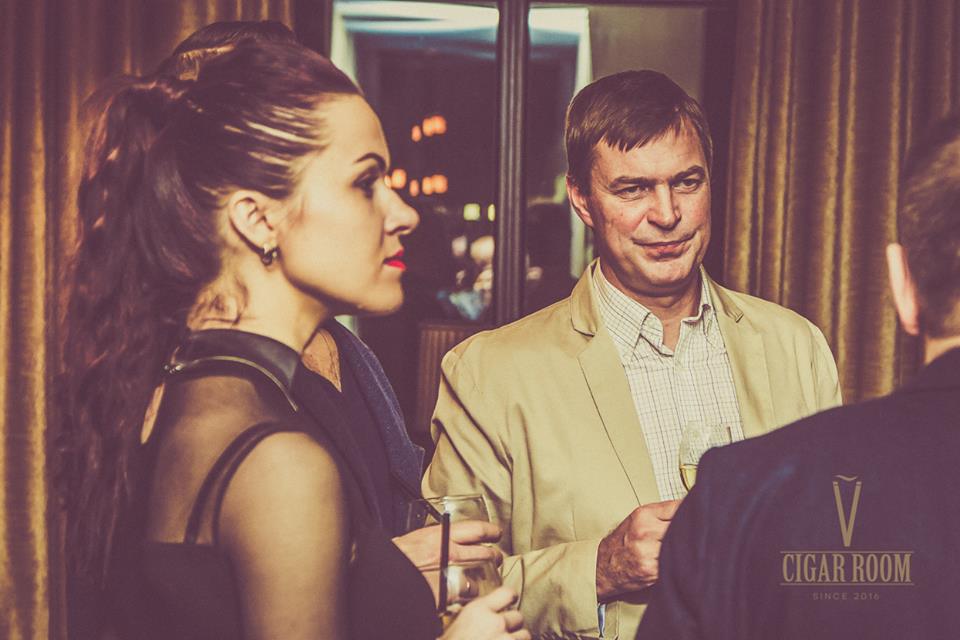 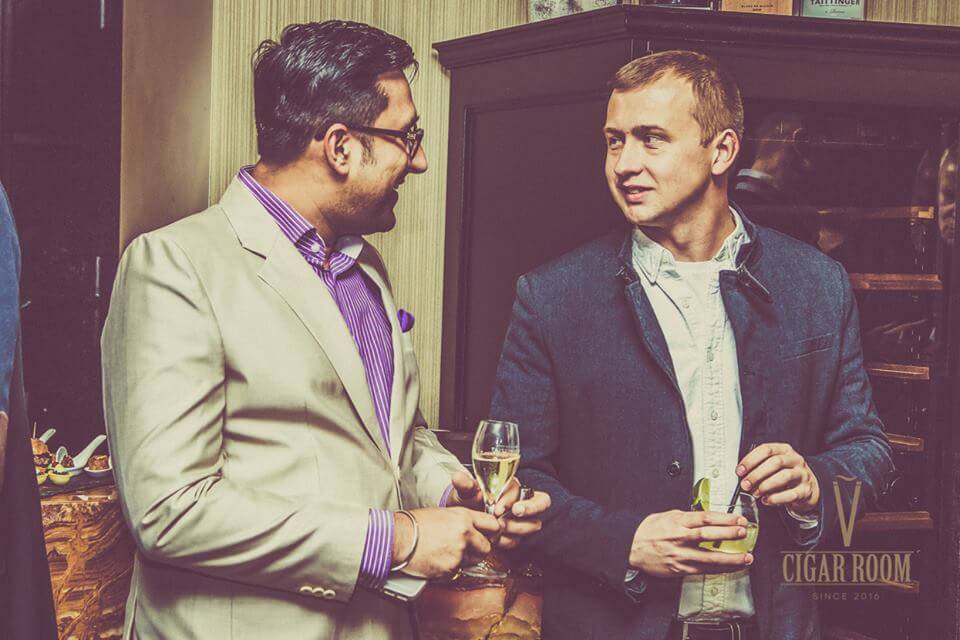 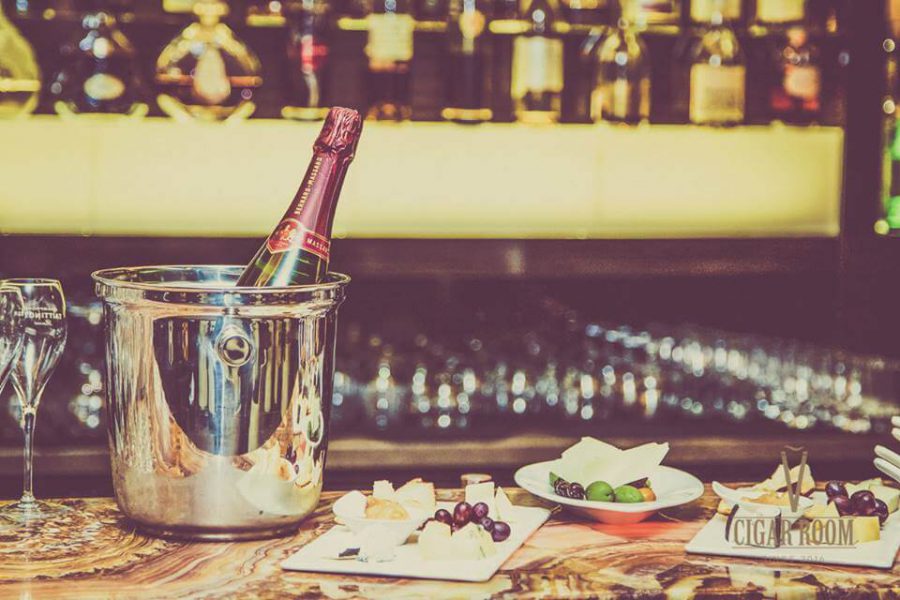 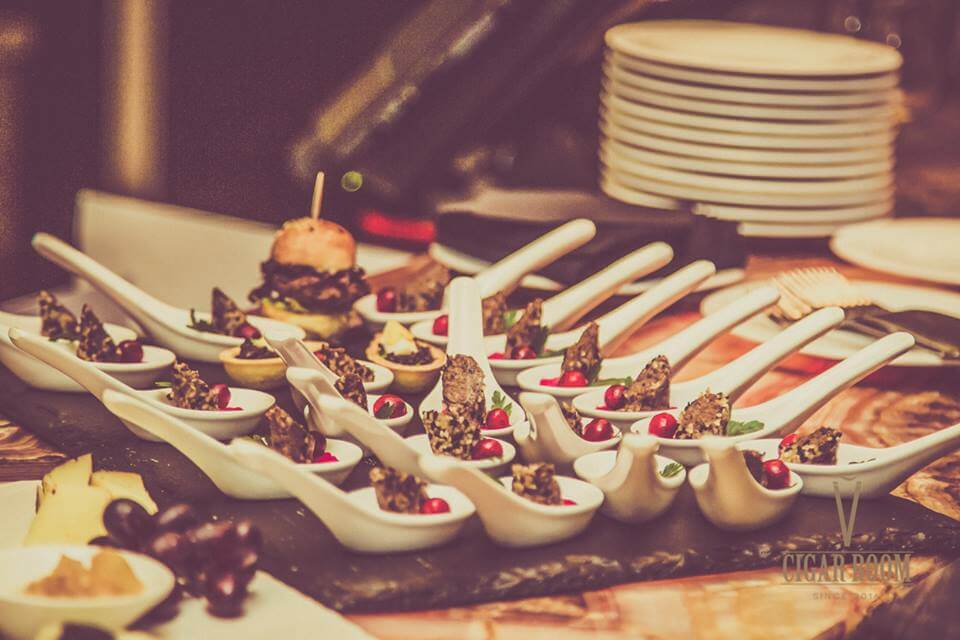 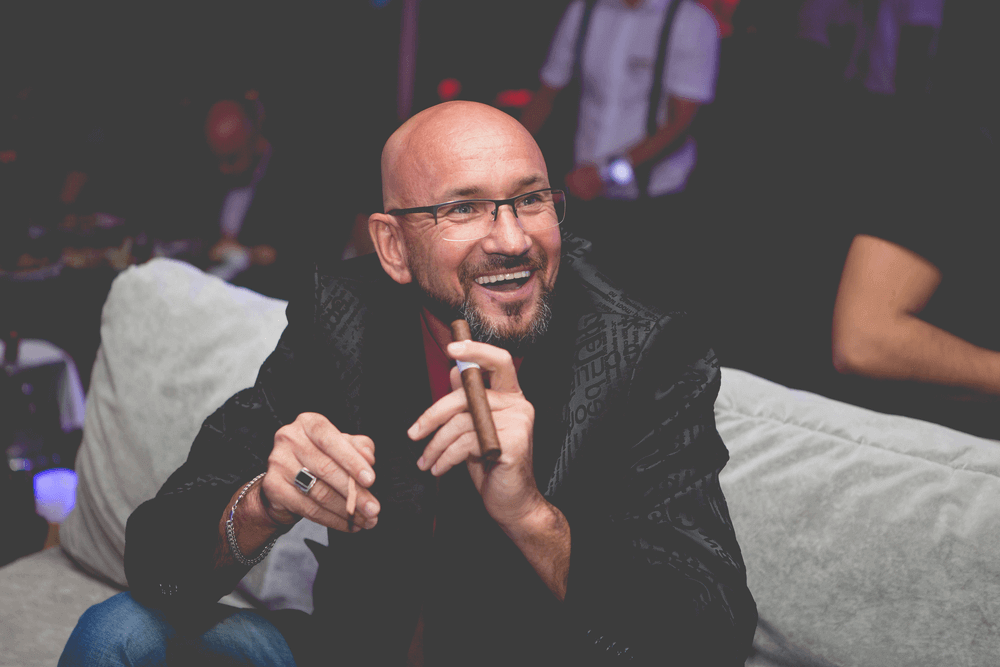 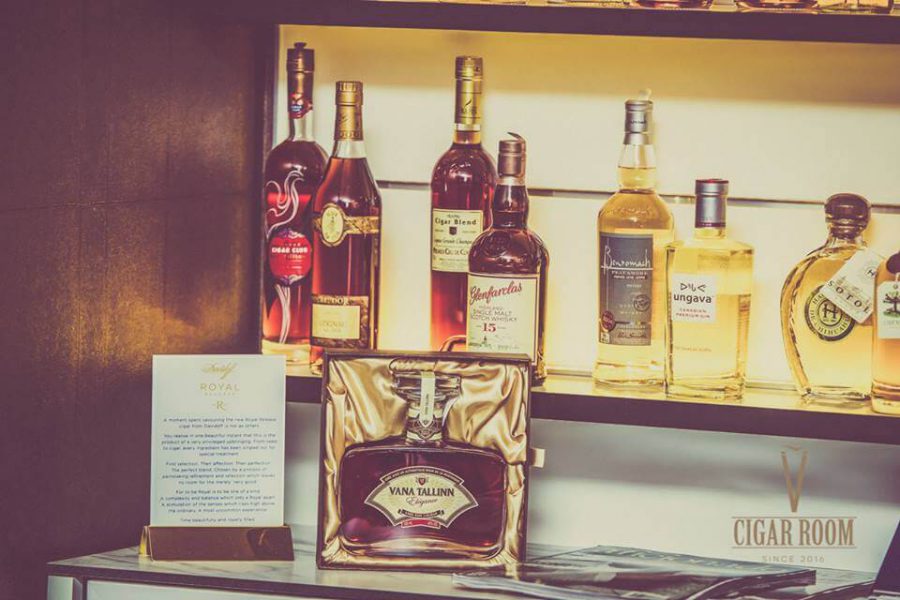 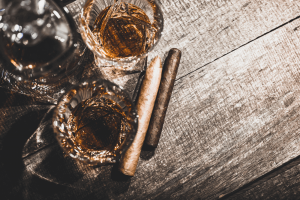 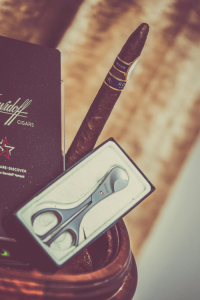 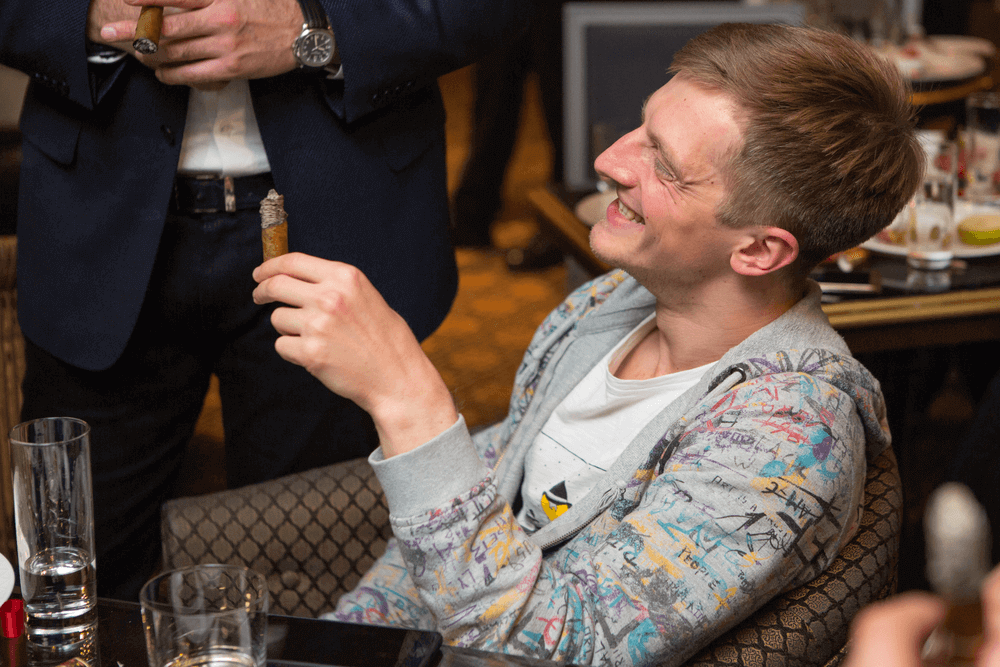 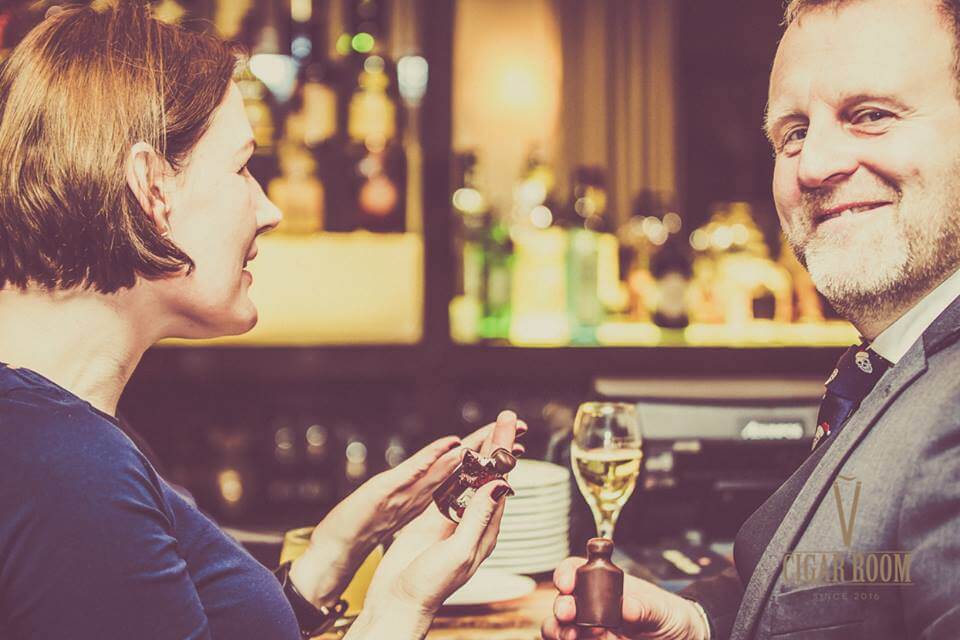 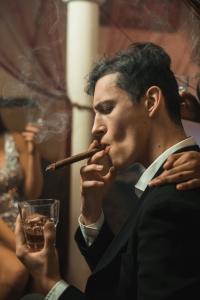 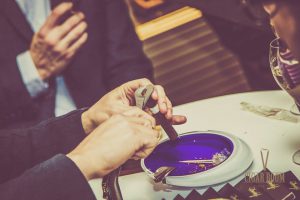 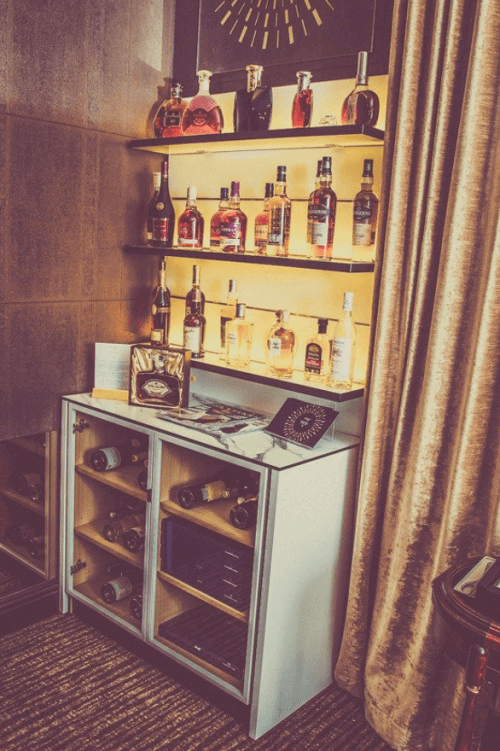 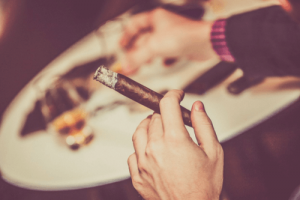